Seborrheic dermatitis is a dermatological syndrome first described in 1887 by Unna at about the time that tobacco smoking was becoming widespread in public places.

While current treatments have still not resolved this skin reaction, a new approach with Dead Sea salts allows us to better understand the probable mechanism of the cells involved in this dermatological syndrome.

Following observations and differences between salt water and pure water on the development of facial seborrheic dermatitis, we can hypothesize that the salt solutions have probably an important influence on cellular communication of mast cells, the potentially involved cells in the aetiology of seborrheic dermatitis.

The sebaceous glands were since 1887 only involved because of the appearance of this dermatitis [1] in this area of the face where these glands are in greater number. This medical dogma has never been challenged throughout the twentieth century despite the presence of fungi involved in lesions of seborrheic dermatitis and identified by Malassez.

All the therapeutic strategies used since that time have been ineffective while the precise aetiology of this skin reaction was not resolved.

Nicotine as a hapten in seborrheic dermatitis (1978)

My original research to elucidate the aetiology of my familial facial dermatitis which resembles seborrheic dermatitis [2-5] involving the allergen tobacco and the hapten nicotine of second-hand tobacco smoke was confirmed by three international and independent laboratories (France, Switzerland and USA).

While my father smoked a cigar every Sunday with a reaction in his face, I resolved to begin my research in early 1975 by identifying the tobacco allergen by applying a patch test containing a solution of cigar leaves to my forearm with a very positive reaction after 30 minutes. A week later, an intradermal test with allergenic extracts of tobacco leaves (Institut Pasteur : dilution 1/100,000) was very positive after 30 minutes.

In addition, Karrenberg described in 1928 the case of a person with a facial dermatitis who worked in the tobacco industry and following contact with tobacco leaves, the application of a drop of nicotine diluted to one millionth had caused anaphylactic shock [6].

A new approach for the local treatment of seborrheic dermatitis using a sodium cromoglycate efficient ointment was first published 40 years ago [7] showing a possible involvement of tissue mast cells.

Also it is necessary to locate the sebaceous glands with their cellular environment to consider the involvement of other cells at the origin of erythematous reactions of the skin.

In his book “Allergy at the dawn of the third millennium” in 1995 [8], the immunologist Claude Molina well described the tissue mast cells around the sebaceous glands thus confirming my first work from 1978 involving these cells at the origin of my familial “seborrheic” dermatitis. In addition all members of my family suffer from several allergic diseases (eg allergies to dust mites and Dermatophagoides pteronyssinus, povidone iodine, antibiotics as pristinamycin, virginiamycin and amoxicillin, oxprenolol).

The local treatments offered by dermatologists are only based on anti-inflammatory molecules such as corticosteroids used too frequently for allergic reactions with a potential addiction or ketoconazole as anti-fungal molecule with anti-leukotriene and therefore anti-allergic properties as clearly demonstrated in 1986 [10].

The involvement of pityrosporum, a saprophyte of the skin present on all inflamed skin does not hold because solutions based on lithium succinate, a lithium salt have no activity [11] against this fungus showing that the origin of seborrheic dermatitis is probably allergic. In addition, one wonders how pityrosporum could « jump » from the face to the mid-thoracic area, another site of seborrheic dermatitis.

Nicotine found in plants such as horsetails [12] or transdermal patches [13,14] can also cause dermatological reactions. In addition, the development of an anti-nicotine vaccine has ceased following several cases of anaphylactic shock [15] with specially one of the following description: “One subject in the Phase IIb trial of the NicVAX vaccine had an allergic anaphylactic reaction that resolved with medication”

Histamine in the skin of seborrheic dermatitis (2011)

Researchers have linked the presence of histamine in the skin of seborrheic dermatitis in connection with itching in 2011 [16] also supporting my allergic theory and research with involvement of tissue mast cells.

No effect of ketoconazole against pityrosporum (2016)

A recent publication in the British Journal of Dermatology by Brazilian researchers demonstrate the lack of efficacy of ketoconazole against pityrosporum confirming that this fungus is only a saprophyte on the inflamed skin of seborrheic dermatitis [17].

More recently in 2018 at the faculty of Sarajevo a patient with seborrheic dermatitis reacted strongly by prick-test with nicotine while the investigators looked for a correlation between the different sources of sensitization and the individual predispositions of several patients [18].

Another view for mast cells and role for cutaneous Malassezia (2021)

Recently, multiple roles of cutaneous Malassezia in health and disease as commensal, pathogen, and protector habe been discussed [19] and additionnaly the role of mast cells as a key factor for seborrheic dermatitis and atopic dermatitis has been suggested.

In March 2010, I had the opportunity to test a dermatological soap and cream based on Dead Sea salts because it has long been known that patients with psoriasis see their skin reaction greatly improved in a Dead Sea spa treatment. After a few days of using these dermatological soap and cream, I was surprised to see that my episodic reaction had disappeared. I only communicated this positive information with two months of hindsight on one website dedicated to people with seborrheic dermatitis and later on a online health site [20].

With more than ten years of hindsight, we now have hundreds of testimonials from people with seborrheic dermatitis and psoriasis (additionally some other dermatological diseases as dyshidrosis or atopic dermatitis) who have had a dramatic improvement in their skin reaction as summarized in my book “Towards a solution for seborrheic dermatitis” [21].

In the meantime, I have been concerned to find out why this mixture of Dead Sea salts and water could have such an effect on our skin. I had noticed in the 70s that misting pure water on my face only made my dermatitis worse and I focused on the difference between pure water and salt water.

Everyone knows that whales or dolphins communicate by infrasound or low frequencies in salt water and not in pure water. For example baleen whales mainly emit infrasound (frequencies below 20Hz) which are inaudible to humans. These sounds travel very quickly in salt water and can be heard by other baleens whales hundreds of miles away!

So I focused on the cellular communication of tissue mast cells, these cells involved in this allergic facial reaction to the presence of an environmental hapten. I got myself a conductivity meter in order to measure the different conductivities of pure water and salt water solutions including the dermatological soap / water mixture with very logical results: the conductivity of pure water is zero therefore the current does not pass and the conductivity of the salt water is high allowing current to pass.

Following these observations and differences between salt water and pure water on the development of facial seborrheic dermatitis, we can hypothesize that the salt solutions have probably an important influence on cellular communication of mast cells, the potentially involved cells in the aetiology of seborrheic dermatitis. In addition it is interesting to note that by focusing on mast cells with saline solutions for a new strategy, we can hope for significant progress in the treatment of seborrheic dermatitis and probably other dermatological syndromes such as psoriasis and atopic dermatitis showing that an hypothesis based on observations confirmed by a lot of patients could lead to a major help for all other patients.

So we find that the use of Dead Sea salts in soap and cream can provide an effective solution to seborrheic dermatitis reactions without noticeable side effects when using this natural solution. This approach confirms the possible involvement of tissue mast cells with the release of histamine at the origin of this dermatological syndrome and deserves further investigations in dermatology to replace the side effects of current therapies such as those of local corticosteroids for example.

In conclusion, we can note the similarity of efficiency of sodium cromoglycate, sodium chloride of Dead Sea salts and lithium gluconate or succinate, a lithium salt thus showing a probable action at the cellular level of these salts on the degranulation of tissue mast cells in presence of an allergen or an hapten. 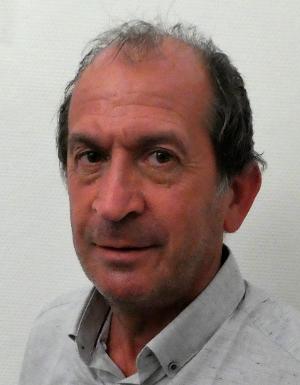